Words3 or Words, Cubed will be moving to the third Thursday of each month for 2018. There may be some exceptions, but generally count on a writerly bunch gathering at 6 PM at St. John’s Episcopal Church on the corner of Jefferson and Elm, beginning on January 18.

It’s a supportive setting, great for trying out new work as a writer, and a fun place to be as an audience member.

The themes this year: 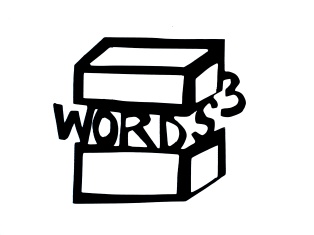