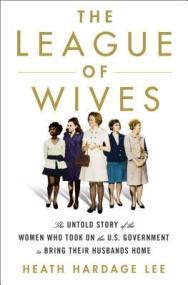 A dozen readers gathered Saturday around author Heath Lee as she projected images of her most recent subjects on the wall of Book No Further‘s lofted children’s section.

Lee’s second book, The League of Wives, which came out in early April from St. Martin’s Press, covers the transformation and struggles of the wives of prisoners in the Vietnam War who organized to draw attention of the plight of the servicemen. Forced into the roles of activists after years of government inaction, vague policy and interdepartmental battles at the Federal level, these women underwent a transformation that magnified larger societal shifts of the era.

“I love fashion and music,” said Heath during the casual yet structured conversation. “I put both in the book wherever I could.” Material and popular culture of the time illustrates shifting norms. And norms were under a drastic overhaul during the years the servicemen were held captive.

New forms of social activism ushered in with the Civil Rights era actions provided an uncomfortable arena for the women, but increasingly, so did the rigid parameters set by the military, which governed their actions through their husbands’ careers.

In a lively and frank presentation, Heath portrayed the women as smart and committed, bravely managing households while navigating D.C. corridors and the politics of the popular press. It was the late Roanoke native Phyllis Galanti, a friend of her mother’s in Richmond, who’s story first interested her in the work, which has now resulted in an exhibit currently at the Virginia Museum of History and Culture through September 2, and a potential film.

In The Atlantic Monthly’s May 19 issue, Lee contributes notes on Jerimiah Denton, who heroically risked death to blink a morse-coded message from his North Vietnam prison camp during a forced propagandatelevision appearance. One can easily imagine his wife, Jane, blinking similarly, peering at the horizon as she’s faced with immediate challenges in a cloudy terrain. She’s grounding herself in the situation, reading what’s ahead. She’ll be enlisted to send her own coded messages, with their own life-and-death stakes.

But that’s enough out of me.  Go buy the book and admire these women for yourself. Here’s more: 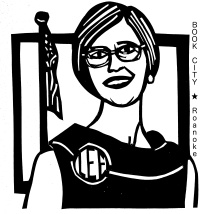 Catch the next appearance by Heath Hardage Lee on May 21st from 6-7:30 PM at St. John’s Episcopal Church.