Identity and Action. Season one of the BOOK CITY ★ Roanoke podcast looks at how we engage with the written word in shaping our identity and then how we put that into action in the world around us. 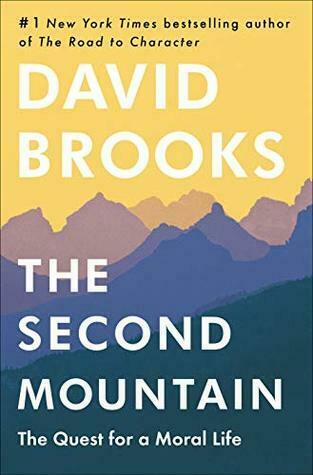 Brooks explores the second stage of life, in which he sees people reconsidering the heights they climbed in the first stage, and what might be missing. He writes:

“I no longer believe that character formation is mostly an individual task, or is achieved on a person-by-person basis. I no longer believe that character building is like going to the gym: You do your exercises and you build up your honesty, courage, integrity, and grit. I now think good character is a by-product of giving yourself away. You love things that are worthy of love. You surrender to a community of cause, make promises to other people, build a thick jungle of loving attachments, lose yourself in the daily act of serving others as they lose themselves in the daily acts of serving you. Character is a good thing to have, and there’s a lot to be learned on the road to character. But there’s a better thing to have—moral joy. And that serenity arrives as you come closer to embodying perfect love.”

Listen in below as Bazak and Steele explore concepts in the book, or subscribe wherever you listen to podcasts. The BOOK CITY Roanoke podcast is sponsored by Book No Further.