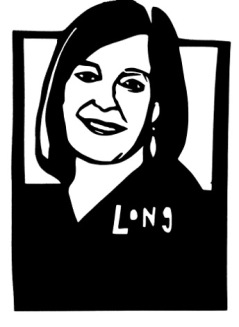 Liz Long is a force. By day, the LeisureMedia360 associate editor writes for the leading regional glossies. Then she heads home to fill volumes with tales of the super-powered. In April, she’ll open the Star City for an invasion of more than a hundred authors of Young Adult fiction from up and down the East Coast. And with Dan Smith, she’s now leading the tribe of the Roanoke Regional Writers Conference.

If that weren’t enough, the savvy marketer shares tips online with her fellow writers at lizclong.com. And still she had time to check in with us about the impending (and third annual) Roanoke Author Invasion on Saturday, April 8.

BCR: How would you describe the community of readers and writers created at Roanoke Author Invasion?

LL: It’s a really welcoming group, on both sides. Roanoke Author Invasion hosts authors from all over the country. It’s a family-friendly event with authors who primarily publish Young Adult (YA) fiction. There’s a variety of great fantasy, contemporary romance and other genres underneath that umbrella. Fans travel from all over to meet their favorite authors (we’ve hosted Jennifer L. Armentrout, Casey Bond, Rysa Walker and Cambria Hebert) as well as to meet new voices within the genres they love. 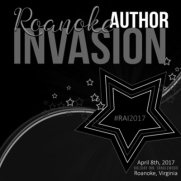 These are authors from all over the country coming to Roanoke for this event, and it’s not just about meeting readers. We all network as a writing community, because there’s a great mix of independent and traditionally published authors with different genres, stories and backgrounds. We’re always happy to talk business OR other, more fun stuff! Plus the fans are crazy about books and it’s so awesome to meet readers who are so passionate. This is one of my favorite events of the year, not just because I get to bring so many friends to me and Roanoke, but also because it’s just a great group of people to learn from and know as friends.

BCR: You draw from a large area. How has word spread about it?

LL: I’m amazed by how much this event has grown since the idea first blossomed. Obviously social media is the driving factor, as all of us-writers, readers, blogger-in this enormous book community are known for their ebooks, blogging, and general online presence. The local region is great, too. We touch base with high schools and the closer colleges, hang flyers in our neighborhoods and stuff like that. The authors, however, are a huge help, as many of them have recommended RAI to other authors when planning their signing schedules. I’m honored by the many great things they’ve said about RAI and our hardworking volunteers!

I’ll add that I think Roanoke is just a great place for this event. It’s small enough that it’s easy for visitors to get around, but large enough that it draws plenty of people in to generate interest. Roanoke’s location on the map makes traveling pretty easy, too. It’s so cool when authors are flying in from Canada or California and readers are driving up from Georgia or Michigan. It’s just such a cool thing to see so many come together.

BCR: You’ll have more than 100 authors, and you have a waiting list.  Any plans for 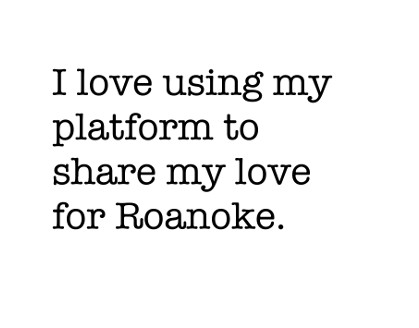 LL: Well, we’ve pretty much filled the entire available venue space at Holiday Inn Tanglewood, so we’ll probably have to stop there : )

In all honesty, it depends on how this year goes if we condense it in 2018.  The crowd has gotten bigger every year, so I would hope we see at least 250, but since it’s a FREE event, we welcome everyone else, too! (If all the authors attract 2 readers, we’re nearly there already!)

I’ll say that I’m really proud of this event because it’s bringing together people from all over to experience Roanoke, since so many of them go out to explore the city. I love using my platform to share my love for Roanoke!  ★