The region is rich in talented writers quietly and tenaciously pursuing an avocation. For playwright Dwayne Yancey, that dedication results in staged productions and performances in professional theaters, communities, and schools around the country.

Having published a dozen plays, Yancey is prolific—and that output is in addition to his 1,000 words each day on the editorial page of The Roanoke Times. As editorial page editor, Yancey has a record of analyzing socio-economic and political trends with a deep historical perspective and a regional lens. As a journalist, he’s perhaps more at home asking the questions, but he agreed to answer a few for BOOK CITY ★ Roanoke about his creative work.

BOOK CITY ★ Roanoke: It’s a bit of a revelation to explore your work online. You have quite a track record. How do you get your work into the world?

Dwayne Yancey: Thanks. It’s a good deal of effort. There are two primary paths to getting your plays produced. You can publish them in catalogues that theater companies purchase from. (I have a list of my publishers online at dwayneyancey.com.) Or you can submit your work for consideration in calls for works by individual theaters. Last year I submitted to 297 different theaters, and I’m on track to do the same this year. The acceptance rate is very small. The odds are against any one particular submission — but if you submit enough places, well, eventually you get some acceptances.

BCR: Getting something accepted and staged is really worth celebrating. How many of your plays have been produced?

DY: I’ve had seven full-length scripts fully produced and probably seven others have had staged readings—rehearsed, script-in-hand events. Those are the easiest to count. Most of the productions on my list are shorter works. I won’t dare try to count all those. But At any given time, I have productions scheduled around the country, or sometimes even the world. Here’s the list for production list for 2017.

BCR: I enjoyed looking at the list and the production photographs on your website. Could you tell me about one or two productions that stick out in your mind?

DY: That’s like asking which of your children is the favorite, but I’ll single out two. In 2012, Studio Roanoke produced 57 HOURS IN THE HOUSE OF CULTURE, my play about terrorism. It’s the only full-length script I’ve had produced in Roanoke.

And in 2013, the Barefoot Theatre Ensemble in New York did a staged reading of THE BALLAD OF ALEJANDRO LOPEZ, a play about immigration. The reading was at the Cherry Lane Theatre in Greenwich Village, where Edward Albee had some of his work produced. So, yeah, that was kind of a big deal. 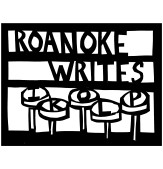 BCR: That’s something, to be able to live in Blue Ridge Mountains, yet have work produced in the theater capital of the world. What about this area inspires your writing?

DY: I like living in a rural area. I’m not sure how that specifically shapes my writing but it brings me the inner calm—or maybe inner turmoil, who’s to say—necessary to write.

DY: Yes. Some of my favorite characters are almost preternaturally calm. Larsen, the teenage girl in SOFTBALL IS LIFE, is surrounded by chaos and danger. She keeps to herself and takes care of herself — although (spoiler alert) at one point that means bashing somebody over the head with a baseball bat.

BCR: So calm, but only to a point. Newspapers aren’t typically known for their calm pace or setting. What adds to your calm, fuels your creativity?

DY: Music and baseball are two big forces. I always listen to music when I write. I choose music that reflects the tone of the piece I’m trying to write. And I’ve written a few pieces about baseball. So these are things of life I enjoy and they do tie directly to my work.

BCR: And they seem to be working. Thanks for your time and insights.

Learn more about Dwayne Yancey’s work at www.dwayneyancey.com. And of course, read daily the editorial page of The Roanoke Times. ★