Issue 24 of Ecotone, the journal of place-based writing, features the work of former Roanoke resident Martha E. Park.  In her stay, Park immersed herself in Roanoke and the historic Gainsboro community, and her new illustrated work is a result of close study during that period. To mark the publication, Martha told us a little about her time here.

BOOK CITY ★ Roanoke: What was your introduction to Roanoke? 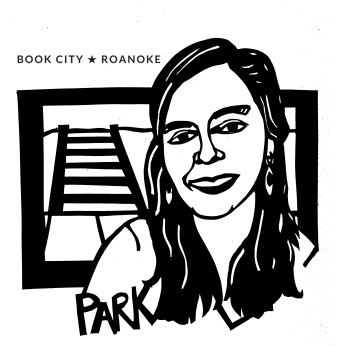 Martha E. Park: I moved to Roanoke in the fall of 2013 to attend the Creative Writing MFA program at Hollins. I knew next to nothing about Roanoke, but had read a lot of Annie Dillard and Natasha Trethewey and had dreamed of going to Hollins for a few years. The first time I visited Roanoke, I took a bus from DC. It was early March—cold, grey, dreary. Downtown was totally empty, ghostly. I thought, what have I done? Over the four years I lived in Roanoke, whenever one of those rare dreary days rolled through, I felt grateful that it didn’t scare me off.

BCR: What most surprised you about the community?

MEP: Roanoke is so saturated with talented, passionate people who are willing to put the work in to build the kind of community they envision. These people don’t sit back and wait for a vibrant community to happen—they get to work.

BCR: What surprised you about your neighborhood?

MEP: I didn’t really feel at home in Roanoke until the last year and a half I lived there, when I lived in the Gainsboro neighborhood. Gainsboro was a surprise nearly every day: I was surprised, when I first heard it, by the painful history of urban renewal in that neighborhood, and by the generosity of my neighbors, and by the abundance of groundhogs. I was inspired by the leaders in the community, their dedication and their fighting spirit, and the way they saw history suffusing every present moment.

BCR: How does place typically inspire your work and your creativity? 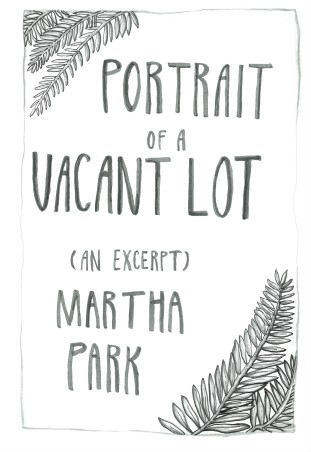 MEP: My work is really closely tied to place, or maybe dependent on it. As a nonfiction writer, I’m usually pretty spellbound by things going on around me, or things that have happened years ago in the place I’m living. At Hollins, I was working on a nonfiction manuscript about my upbringing in Memphis as the daughter of a Methodist minister. I didn’t write very much about Roanoke until I moved to Gainsboro and spent a year researching that neighborhood’s long history. I published an article on The Atlantic’s CityLab about the sale of the historic Dumas Hotel building. Both CityLab and Ecotone Magazine will soon be publishing excerpts from a longer illustrated project.

BCR: Tell me about your current project.

MEP: I’ve recently moved back to Memphis. I miss Roanoke and my neighbors in Gainsboro and the mountains more than I can say. It’s physically painful, most days, to think of these places. But for various reasons it was time  to go home. In Memphis, I’m still working on a book-length illustrated essay about the history of black neighborhoods in Roanoke and the policies set in place to tear them apart. Whenever I’m able to work on it, it feels like a little trip back to a place I love, and I’m grateful for that.

BCR: Can you tell us about a couple of the inspiring community leaders we can expect to meet in your work?

MEP: My illustrated project will incorporate the voices of lots of my neighbors, like Evelyn Bethel, a longtime community leader in Roanoke. Living in Gainsboro, it was amazing that I could walk to the Gainsboro Library and read article after article about Evelyn’s hard work and advocacy, and then walk to her house and sit with her on the porch and hear her opinions about things going on in Gainsboro today.

One of the Roanokers I’m most inspired by and thankful for is Mary Bishop. Mary, many will know, is a totally badass writer and Pulitzer-prize winning journalist who did some incredible reporting about eugenics and forced sterilization as well as the legacy of urban renewal in Roanoke. Her work is so moving and deeply compassionate. To encounter her writing, to spend time in the library going through her archived research materials, to chat with her on the front porch or drive around town with her—these were all the biggest, most unexpected gifts of my time in Roanoke. She has a memoir coming out soon—keep an eye out.

BCR: If we look at our history to better live today, what’s a lesson we can take from the second half of the 20th century?

MEP: I feel a little crumpled by the present moment, and when we have a president who obviously delights in creating chaos, in making it nearly impossible to latch on to or make sense of any one story or problem, it’s hard not to feel defeated or overwhelmed. But I am aware of the fact that through writing and art I can try to be in service of stories that need telling and amplifying. That feels important to me.

If nothing else I believe that art and writing and journalism can make sure we don’t repeat our past mistakes, or that if we do, we have no excuses. I feel that way now, comparing mid-20th century housing policies with the repercussions of the housing market crash and present-day gentrification sweeping through cities across the country. We know what’s going on, and that it’s been going on, and we know who has been made most vulnerable by corporations and by law, and so we have no excuse.

BCR: How do you see a creative community rising to that challenge?

I think Trump’s attacks on the press and on truth in general have challenged more writers, journalists, artists, and storytellers to pay attention and to believe in the inherent value of their work, and there’s been so much powerful art-as-resistance born into being in the past year.

One example of this kind of resistance work in Memphis is MLK50: Justice through Journalism, a year-long reporting project started by local reporter and Nieman fellow Wendi C. Thomas. MLK50 is commemorating the 50thanniversary of Martin Luther King, Jr.’s assassination in Memphis by funding local reporting on issues of economic justice. Wendi’s work with MLK50 has brought about a lot of coalition-building between writers, artists, and activists.

From afar, the Finding Roanoke series seems like a great model for building and mobilizing a creative community. It seems key that writers and artists get together with people working as community organizers and teachers and leaders in their communities.

As I’ve moved around a lot, I’ve always felt torn between communities—creative and otherwise. When I lived in Roanoke, I was part of a great writing workshop and was able to see how that kind of space nurtured not only the inward transformation of those of us involved, but also our outward reaching into the world around us. I’m hoping to surround myself in that kind of community here in Memphis, and I’m so thankful that Roanokers are willing to keep me in the loop while I’m away. I miss y’all.

BCR: That’s a promise. I know you’re missed around these parts, and there’s a standing invitation to return. Thanks, Martha.

Martha E. Park is a writer and illustrator from Memphis, Tennessee. She received an MFA from the Jackson Center for Creative Writing at Hollins University, and was the Philip Roth Writer-in-Residence at Bucknell University’s Stadler Center for Poetry. Visit Ecotone to subscribe to the journal or order the current issue featuring excerpts from Martha’s project. ★