Mike Allen’s been hard at it, building a life out of words. The Roanoke Times journalist covers government happenings in several counties, writes the Arts & Extra column, and separately runs Mythic Delirium, a small press publishing enterprise with his wife, Anita.  On the eve of their release of A Sinister Quartet, a suite of long, otherworldly and chilling tales, we caught up with Allen—who’s also the author of the quartet’s final story, “The Comforter.”

Mike Allen: Mythic Delirium has a complicated origin. I came up with the name back when I was an undergrad at Virginia Tech about 1991-ish. I imagined, if I ever founded my own magazine, that would be a cool name for it.

Fast forward to 1998, when I had gained some amateur experience as a publisher, something I had never set out to be. At that time zines—little journals produced by hand and/or using home computer software and/or printed at Kinko’s (remember Kinko’s?)—had become . . . well, I wouldn’t call it a common thing, but a thing people with publishing ambitions had taken up. I wanted to try my hand at solo publishing a zine. I remembered the cool name I came up with back in college, put out a call for poetry submissions using that name, and not long after an idea became an object.

Fast forward to 2006, when I started experimenting with publishing standalone books on top of the biannual zine. It made sense to keep using the name folks most associated our ventures with, thus the beginning of Mythic Delirium Books. 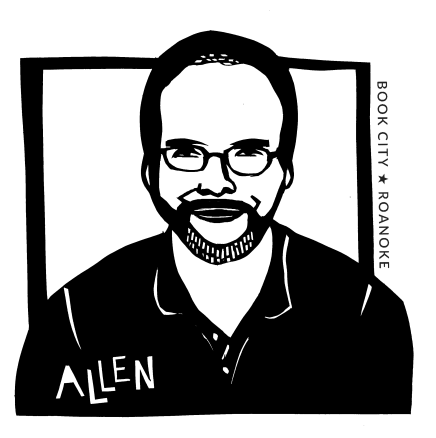 BCR: I can remember standing over the copier in the late 90s with my own zine. You’ve published the journal, anthologies, story collections, and novels. You’ve done the work in partnership with other publishers and independently. What have you learned along the way?

MA: Man, there’s so much: we’re talking about a 25-year journey.

One thing we’ve learned is that even teeny tiny presses can accomplish big things. One of the books we published in 2019, a collection of poetry and short stories by Theodora Goss called Snow White Learns Witchcraft—and an original novelette that Dora wrote specifically for the book, “A Country Called Winter” —just got named as 2020 Locus Award finalists, a big deal in the world of science fiction and fantasy.

We’re super-proud for Dora and also proud that we have a history showcasing authors and works that go on to great acclaim. In fact, as just one example, Dora’s poem “Octavia Is Lost in the Hall of Masks” from the eighth issue of Mythic Delirium back in 2003 was the first from our pages to win a Rhysling Award for poetry.

Let’s see, what are some other things?

Generally speaking, if you can’t shake the impulse to become a small press publisher, know that any project you take on will take twice as much work as you expected and be about half as rewarding as you hoped for, heh. So scale the projects you take on accordingly. Don’t be afraid of experimenting, and don’t be afraid of failure, but have a contingency plan. And if you’re a do-it-yourself-er in publishing, study how the pros do it and make your own product look as polished as possible.

BCR: Thanks! That advice could really apply to any meaningful endeavor. Advice from others reminds you you’re not alone in working toward a goal. And you’re literally not alone in this. From the start, this was a joint undertaking with your spouse, Anita Allen. How do the two of you work creatively together?

MA: Anita’s very shy about tooting her own horn, but I’ll be happy to do that on her behalf.

It took years to kind of settle on a routine, but the way we do things now goes like this: With submissions, when we’re open to them, Anita will read something and offer an opinion on whether it will work for us, or, if I’m on the fence about something, she’ll read and give me her input, which always helps me make up my mind.

When we put together a collection of stories or poems, she has a talent for arranging the gathered works in an order that gives them a striking thematic flow. (The late Tanith Lee, winner of multiple lifetime achievement awards for fantasy and horror—who we had the exquisite privilege of including in four volumes of Clockwork Phoenix—praised Anita’s genius for this.)

Anita also had a sharper eye for design than I do and thus can help me when I can’t solve a visual problem. And of course, she’s an artist herself and occasionally one of her pieces ends up as cover art.

BCR: What’s been the most rewarding aspect of this endeavor?

MA: I think the highlight to date of my adventures as an editor and publisher happened an 2016, when Anita and I were present at the World Fantasy Convention in Columbus, Ohio, to see C. S. E. Cooney win the World Fantasy Award for Best Collection for her book Bone Swans: Stories. It was Claire Cooney’s debut collection of novellas, and the first time Anita and I had ever published a single-author collection. Claire was convinced she had no chance—the list of finalists was impressive—and I had thought it healthy to keep expectations low, but another attendee there had pointed out to me that it’s a juried award, so anything could happen, thus I had my fingers crossed . . .

But the rewards are numerous. Working with so many creative people, seeing a new book come to life, seeing a poet or fiction writer get much-deserved recognition for their artistry, providing the platform that makes that possible, I find them all gratifying. It doesn’t hurt that the venture supports itself and occasionally covers the cost of a bill or two.

BCR: What’s your approach to working with authors… your philosophy or publishing mission?

MA: It’s tricky to explain how the Mythic Delirium imprint works. I’m basically a self-published author who over the years has accumulated enough “infrastructure,” I guess you could say, that when I work with other authors the experience they have is like working with a legacy publisher. (In fact not long ago I was self-effacingly apologizing to an author who has a major traditional publishing contract because I felt I couldn’t provide the same level of promotion and she replied, “You do all the same things they do.”)

I have had, over 30 years of experience as a writer, many bad experiences with editors and publishers. I do my best to make my approach the opposite of all of that.

Anita and I consider the mission of Mythic Delirium Books, our mission, to showcase strange and excellent fantastical fiction that might have problems finding a home in more traditional, category-bound outlets. That’s said, we’re very picky about what we run with. It’s hard to quantify exactly what will click with us.

BCR: What’s your advice for someone interested in independent publishing?

If you mean becoming a small press publisher, the first words out of my mouth are always, “Don’t do it!” If your goal is to chase a career as an author, then adding the many commitments involved in publishing on top of that already difficult pursuit will just get in the way. (As I mentioned, I never set out to be a publisher—but it turned out I have some talent for it, so I keep doing it, Lord help me.) If the person who is asking stays persistent, I share what I can of what I’ve learned, but I don’t sugarcoat it.

If you mean becoming an indie author, I would say that folks should know there’s practically a whole cottage industry built around selling advice to aspiring writers, and much of that advice makes self-publishing sound way easier than it actually is, especially skimping on all the money you end up spending on advertising out of your own pocket. That does not mean that it’s not worth pursuing, but it ain’t no magic carpet ride.

MA: As I write this we’re getting ready to release a new anthology, A Sinister Quartet. It’s by far the longest book we’ve published. It’s modeled on books like Stephen King’s Different Seasons or Joe Hill’s Strange Weather in that it puts together four long tales of dark fantasy and horror, though in this case each tale is by a different author. It starts with “The Twice-Drowned Saint,” a wild new novel from C. S. E. Cooney, set in an ice-walled city ruled by tyrannical, shape-shifting angels. Then there’s “An Unkindness,” the debut novella from poet and editor Jessica P. Wick, about a princess whose brother has been ensorcelled by a merciless magical being. Next is “Viridian,” another debut novella, this time from Roanoke novelist Amanda J. McGee, that retells a fairy tale as a modern Gothic horror story. Last is my own novella, “The Comforter,” an experimental yarn full of extreme horror that’s a sequel to my Nebula Award-nominated horror tale “The Button Bin.” A Sinister Quartet comes out June 9 in paperback and e-book.

Almost right after that, we’re going to release Aftermath of an Industrial Accident, which is a collection of my own horror stories. It got a really nice advance review in Publishers Weekly. I see it as a follow up to my first collection of horror stories, Unseaming, that came out six years ago. To date, amazingly, of all the books I’ve produced, and all the success they’ve had, Unseaming is still the one that’s sold the most copies. I kind of wear that fact like a metaphorical locket around my neck to remind myself to keep the writer side of my career going in the midst of all these publishing ventures. Aftermath comes out in e-book and paperback July 7.

You might justifiably wonder why we’re releasing two scary books back to back in the middle of a global pandemic. These were, as you can imagine, originally timed to tie into physical events that are no longer happening, and I personally felt like postponing had no guarantee of improving the circumstances.

Luckily, Claire, Jess and Amanda have been just as terrific as a marketing team as they are as writers, brainstorming all kinds of cool things for us to try, like the group Zoom reading we did to preview the book, or providing material for this whimsical post sharing song playlists that match our writing. Other group things we’re doing together include a guest post on science fiction author John Scalzi’s super-popular blog on the launch day for A Sinister Quartet and a Reddit “Ask me anything” (AMA) the day after. And more stuff is in the works.

BCR: And all of that atop a full-time journalism gig. Congratulations to you and the whole team on the success you’ve had to date, the new work, and the support you’re giving emerging writers.

MA: Addendum 6/8/20: though the pandemic remains, it’s since been eclipsed in news cycles and social media focus by the horrific slaying of George Floyd by Minneapolis police officers and the international protests in response. It’s ludicrous to expect folks to divert their attention to a single work of art when so much of importance is at stake.

However, for those who enjoy challenging reads full of wonder and fright and find themselves in need of a mental getaway, our books will be there for them when life permits the time.